*Offer Details: Enjoy 25% off orders site wide with code: BLACK, 30% off orders over $3500 with code: EBONY, and 30% off orders over $5000 with code: NOIR. This is a limited-time offer that is valid on orders place at www.burkedecor.com. Product exclusions apply, please see individual product pages for eligibility. Offer applies to full-priced merchandise only and is only valid on in-stock items and select pre-order items where indicated. Cannot be combined with other offers or applied to previous orders. Cannot be redeemed after the promotional period has ended or applied to out of stock merchandise. This offer has no cash value and is subject to change. 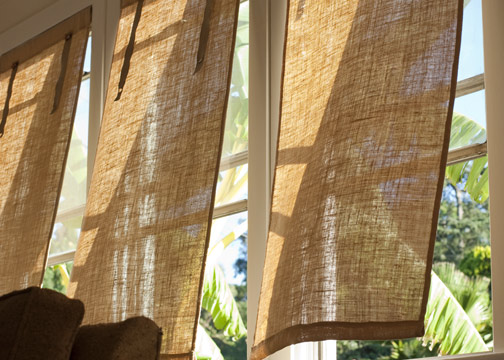 It's taken months but I've finally finished the window coverings I started way back in March. (Well, my MIL did the bulk of the work, but I designed them and finished them so that counts for something).

They really aren't that complicated, and they were super affordable. The only materials were Burlap, some wood buttons I found on ebay, some leather I had left over from a job a million years ago, wood dowels, embroidery floss and bamboo stakes from the garden center. Seriously, i think they cost about 5 bucks a piece ( plus labor).

Here's the story. Maybe 4 years ago I saw some pictures of some couple's renovated loft (I wish I had saved the spread) and for their window coverings they had just used plumbing pipes to make a rod and draped raw burlap over it (double sided, like you would drape a towel over a towel bar). It looked beautiful. They had giant floor to ceiling windows and it was a very industrial space. The burlap actually made the light warm and inviting with their concrete floor and high ceilings.

So when we moved into this house with a bunch of windows - I said to the Mister: "burlap. that's what I want to do with the windows."

and my loving and supportive, understanding husband said: "burlap? like potato sacks? no way. you are crazy."

to which I replied "do you have any idea what custom window coverings cost?"

and there we were.

Since I hadn't saved the images from before I couldn't convince him that burlap was the answer (don't get me started on having a husband who asks that I put together a presentation board "like you would for a client"  for him so he will agree to my design ideas.)

this spread in house beautiful: the home of Roman Alonso, the creative director of design firm Commune. 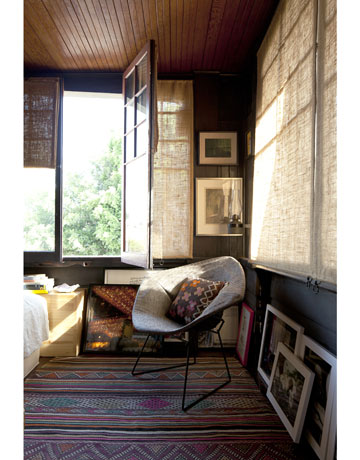 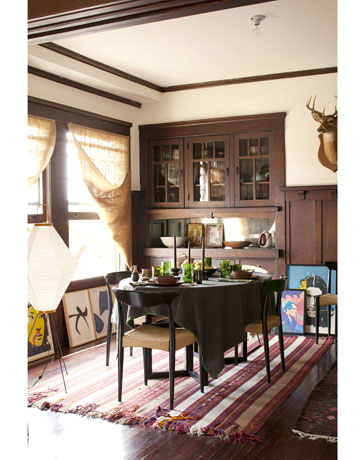 This was a great example of how the burlap handles the light... but I was not so into swagging the blinds off to the sides on little hooks - a little too messy and I felt like when I wanted open windows to look out on the tree tops it would totally block my view. So I needed to come up with a better way to put them "up"

That's when I found wood & faulk through some blog or another... and he had just posted about a project he did and wrote about for ReadyMade ( a mag I LOOOVE). Making a curtain out of a wool blanket 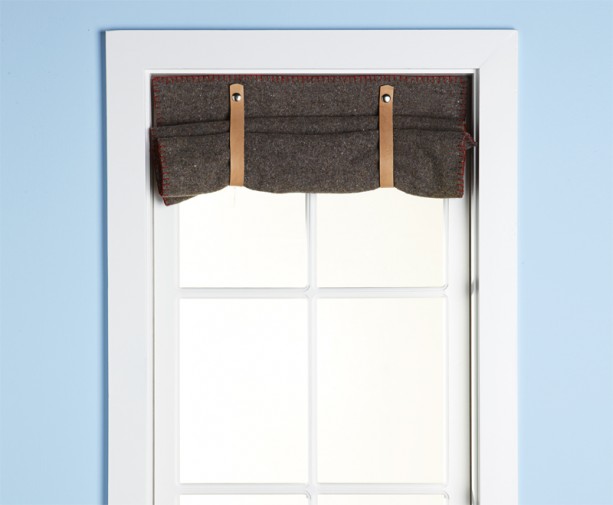 and I had solved my problem. We would do burlap window panels, mounted on bamboo with leather straps - a sort of campaign style blind.

All that was left to do was... make them! 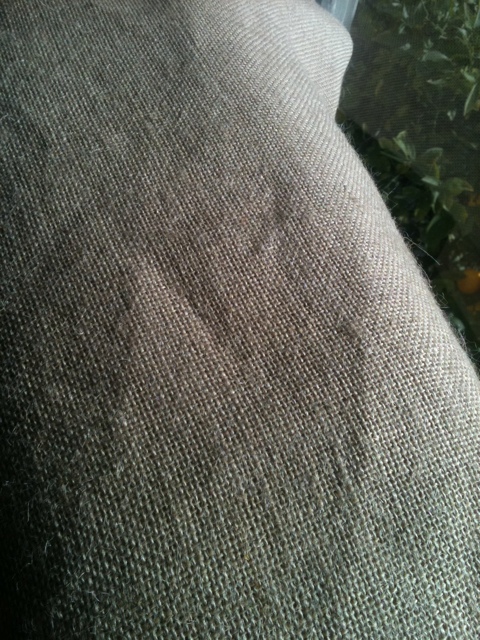 Then we had to figure out how to mount them.  The wood & faulk method (on wood was mounted to the window frame) had been out plan,  but we fell back to my favorite cheap window hardware - Bamboo stakes. They work for so many things!

Then, cutting, pressing and sewing the  panels. ( This is where my Mother in Law  is KEY - without her here to guide us and help, and, well, do all the work; it never would have occurred to me to press the panels first - but it makes all the difference.  live and learn.) It took about 2 days to get them all done. 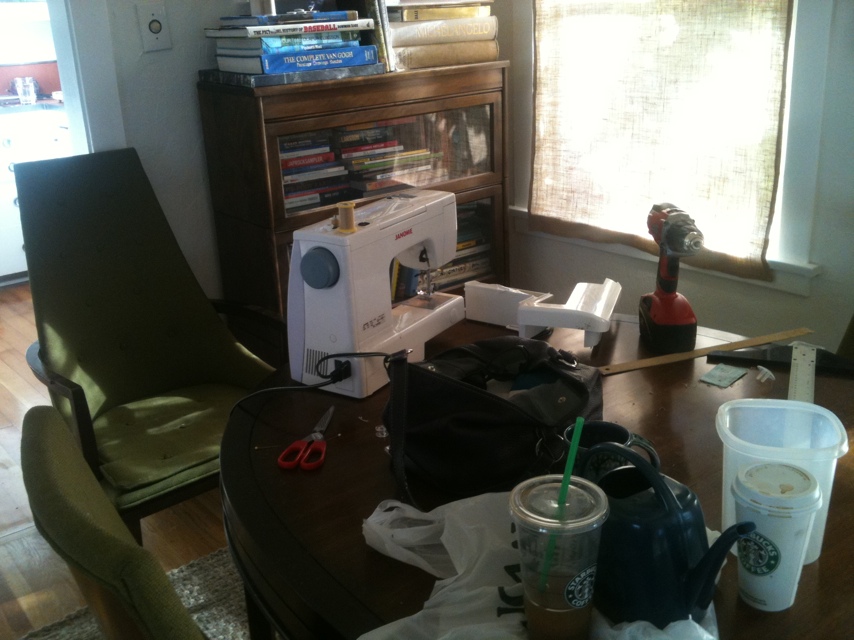 Oh, and it took lots and lots of coffee. 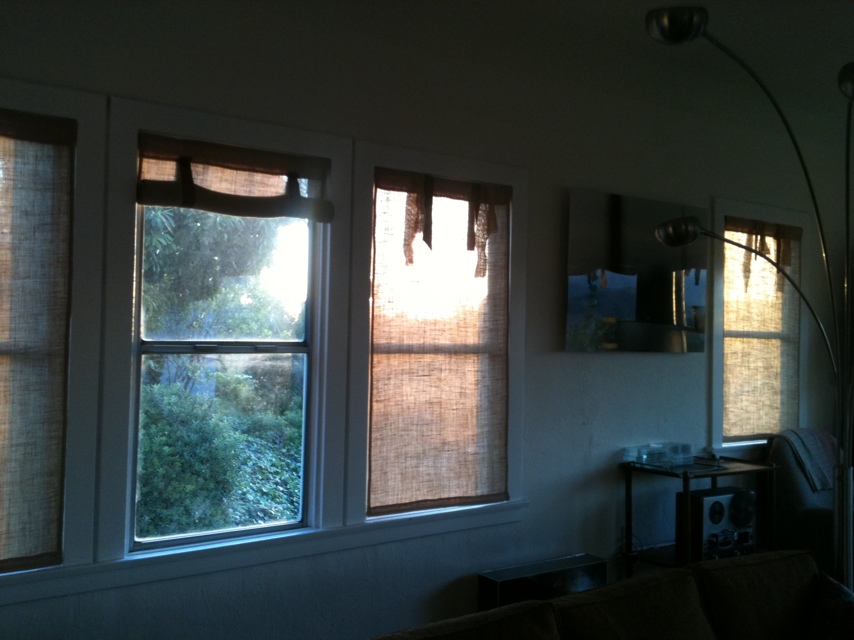 THEN, once we got all the panels up we had to re evaluate how the straps were going to work.

I'm not going to lie, this was a several week process (partly because my mother-in-law had to go home, and partly because my husband was driving me nuts with all of his "what if-ing?") But, we knew we were going to do leather straps, we just had to figure out how to attach them. That was the real issue. 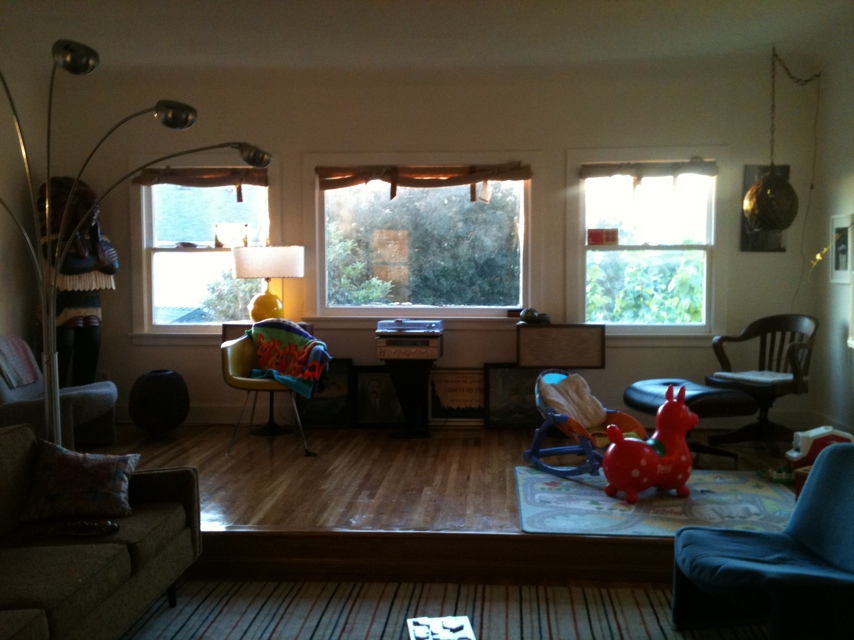 We went with buttons  - but only after we had lived with tying them up with scraps of burlap for a month or so.  And even then we had to order the buttons. And then I had to get my act together to sew them all together.  We ended up sewing the buttons on with embroidery floss for a little shot of color.

The big question was how they would look with the straps hanging down the back and how that would show through the burap.

It definitely shows - so I came up with a way to make them optional.

I put buttons on both sides/ that way we can (though we never do) detach the straps completely. So once I sewed the buttons on, and the cut the straps, we were ready to go. 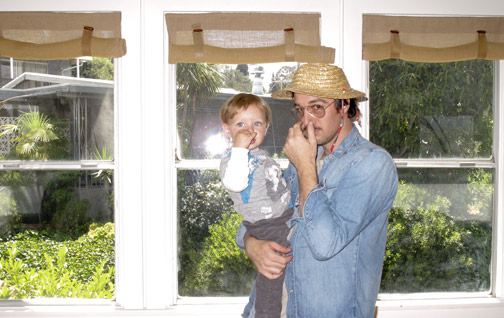 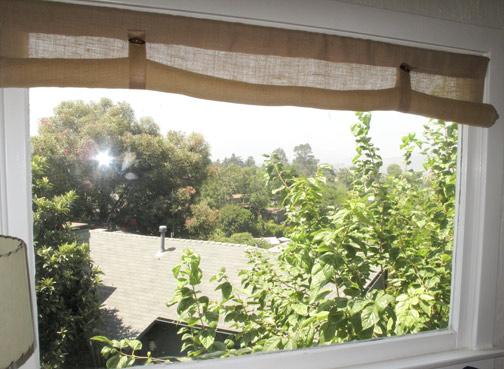 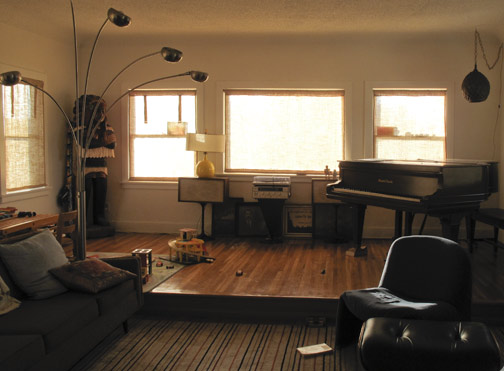 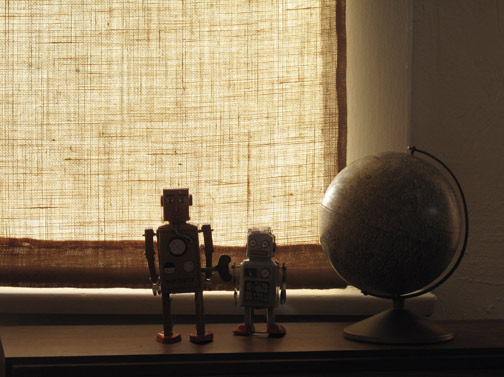 Not too shabby for $5 a blind right?

Check every gift off your lift with our curated and comprehensive guide to gifting.

Prepare for the festival of lights with our curated collection of menorahs sure to light up your mantle long after eight holy nights.